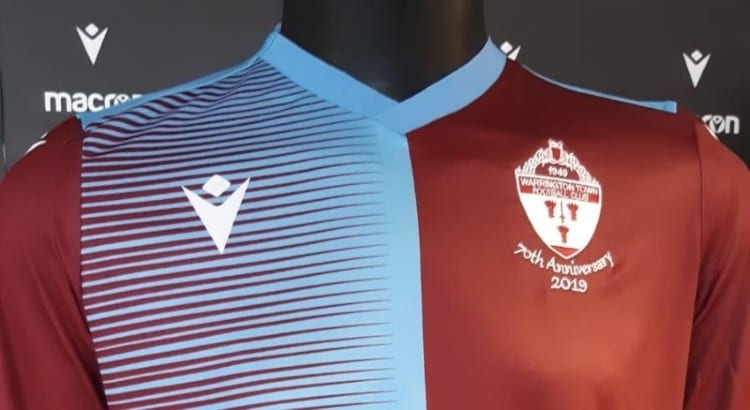 This year saw us plan and release a 70 year anniversary shirt launch for clients Warrington Town. Here’s what we did…

Working alongside the club on their media strategy, website and social media content, we had the joy of launching their limited edition shirt to celebrate the anniversary.

The maroon and light blue quartered shirts were manufactured by the club’s kit partners Macron, and are a nod to the heritage of the club, founded by Jimmy Drinkwater as Stockton Heath back in 1949.

The limited edition shirts were individually numbered from one to 70, and we had to come up with a plan to give it as much exposure as possible.

Working under pressure to a self-imposed deadline, we delivered several elements including a launch video expressing the highs of the last 70 years, social posts for Twitter, Facebook and Instagram, an e-mail newsletter that generated a quarter of the revenue, website content, press release & managing the whole e-commerce element.

Less than 48 hours after going on sale, @theyellows have sold all 70 of their commemorative 70th anniversary shirts 🔽https://t.co/32dqiWujaJ

All 70 shirts were sold out less than 30 hours after the launch. Success.

Warrington Town chairman and CEO Toby Macormac said: “Great launch and clearly helped move the consignment of commemorative shirts for the club. Great PR going into a really important month for the business.”