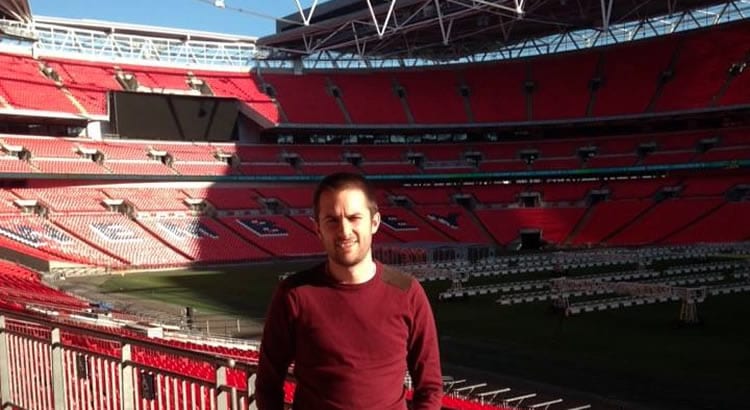 My sporting year started on January 11th, the latest I’ve first attended a live game in a calendar year since 2007.

That was partly down to my continued absence from the Altrincham Ice Dome, where I’ve regularly attended ice hockey for the past seven years or so. As it was, it took until December 27th for me to get down to watch Manchester Phoenix in 2014.

That first game was back on January 11th, as Warrington Town continued their promotion push against Wakefield at Cantilever Park.

It was a busy first half of the year following my hometown club, who came agonisingly close to promotion, leading the league table for much of the season before eventually being caught by Curzon Ashton, after they played their numerous games in hand.

The season ended for Shaun Reid’s men with a 1-0 home defeat to Bamber Bridge in the play-offs, another game I was at in April.

In rugby league, my unbroken run of Widnes games came to an end in April. I was forced to miss the away trip to Catalan due to a change to the flight schedule, and with me due to miss further games later on in the season and an impending house move, I decided against paying over the odds to get there.

That brought to an end my run of 102 consecutive matches, that had started way back in July 2010. During that time, I managed to attend every game in the 2011, 2012 and 2013 seasons. The defeat to Catalan was actually the first match I’d missed since Denis Betts became Vikings coach.

Sadly, I lost a bit of the rugby league bug in 2014. Disillusioned by the game in general, running Love Rugby League was becoming more of a chore, and I think missing a number of games took its toll. I missed no fewer than five while I was away at the World Cup in South America, and then I missed Widnes’ first ever Super League play-off game, against Warrington, when on a pre-arranged holiday.

It meant my season following Widnes ended with an away game that they just didn’t turn up for, at Salford, where a win would have set up a trip to Leeds in the play-offs which nobody really wanted.

I managed a total of 79 live games in 2014, down from 90 in 2013. This was the first year for a couple that I hadn’t attended ice hockey and/or basketball on a regular basis, which affected the numbers somewhat.

Warrington Town helped boost the count though, particularly in the latter months of the calendar year and their glorious FA Cup run.

I did make it to one BBL match, travelling to see a client, London Lions, take on Durham Wildcats at the Copper Box Arena on the Olympic park. Unfortunately, we had to leave after the second quarter to catch the train home, due to a tube strike.

The highlights of my year will be detailed in another blog, as will more in-depth thoughts on my trip to Brazil for the World Cup, and the aforementioned Warrington Town run in the FA Cup.

The photo at the top of this story was taking at Wembley Stadium, when I attended the SMMEX exhibition in March.

This blog was partly inspired by Football Spoon’s 2014 annual.