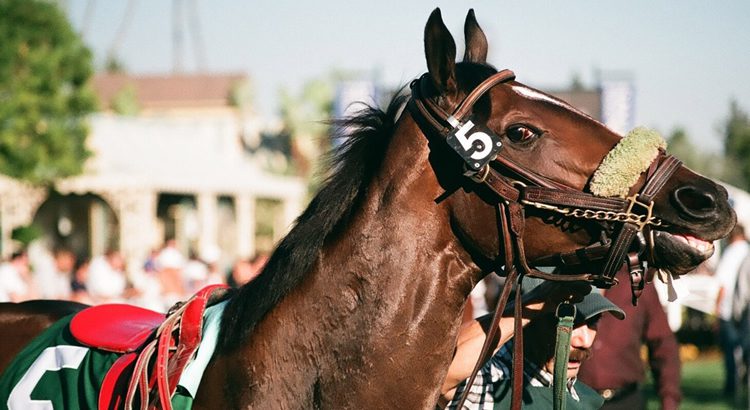 Bet players are now down for the thrill and excitement at the dirt tracks at Churchill Downs for the 145th run of the Kentucky Derby.

For centuries, horse race betting has been favourite leisure of elite men and women. These gamblers stake their money on the final placement of the horses taking part in the race. However, such gambling is not allowed in some race tracks just like in Springdale’s renowned Carolina Cup and the Colonial Cup Steeplechase in Camden South Carolina since the law was passed in 1951.

Since horse racing has become bigger and bigger in the coming years, gambling on horses is allowed where most tracks offer parimutuel betting in which the money is pooled and shared proportionally among winners just like in the Kentucky Derby—the biggest horse race in the world.

Kentucky Derby, which is also called as The Run for the Roses, is a ten-furlong dirt track race for fifteen to twenty Grade I stake race thoroughbred three-year-old horses. It has provided equine excitement since 1875 and has been one of the most awaited events on the sporting calendar since it became the first leg of the Triple Crown Championship Series.

There are only 13 horses who ever got a chance to win in the History of Kentucky Derby. First to ever grab the title was Sir Barton in 1919 and recently the lucky horse to gain it was Justify the last year 2018. Winning the race is a big deal as this can also entitle you as The Horse of the Year.

It was way back 1875 when the first race for the Kentucky Derby was run at the dirt racetrack of Churchill Downs with an exciting crowd of 10,000 people gathered to witness the spectacular race between 15 three-year-olds.

the Kentucky Derby has become a traditional celebration instead of an intriguing racing event in America. It may have been the most famous race of all time and the first of a three-part championship series–Triple Crown, but to Kentucky locals and gamblers it is a celebration.

A celebration where they wear the craziest hats they can ever wear to match their subtle dress and suit, a time for them to cling their beer bottles and glasses of mint julep and a winning streak for the jockey to earn millions. As for the horses, they get flowers.

As soon as the race is over, it has been a tradition where a spread of red roses is hung over the winning colt’s neck. This started in 1896 and later on became an official Derby flower in 1904. About 20 years after that, Kentucky has been known as the Run for the Roses.

A big amount of pot prize is expected to be up for grabs to anyone who would be lucky to win it as this Run for the Roses is of everyone’s interest in the horse racing world. Pretty sure bet players would pray there would only be a few of them to get their shares for the win which is rarely possible to happen.

It’s crazy how a single race can become so important just like the Kentucky Derby. People are so interested either to join the race, train the horses, buy a horse or place some betting money on their favourite colt.

Leading at the odds stats for the top contenders of the Kentucky Derby is Good Magic. This chestnut colt trained by Chad Brown, ran for its first Kentucky Derby surprisingly finishing second after the crowd favourite Justify with two-and-a-half lengths behind. He again challenged him at the 2018 Preakness Stakes over a sloppy track. Ortiz, his jockey, decided to press the pace running side by side with him but failed to catch up and was left one length behind.

Only a few points behind him are Bolt D’Oro who is one of the favourites of last year’s Kentucky. This incredible horse can dance as what Ruis portrayed as he race against older horses. He is an interesting horse that can surprise everyone.

TVG has never failed its clients with their services provided since 1993 next to XpressBets and BetAmerica as they give their new players a double in their deposited money once they register   their website.

Having your TVG online betting account will give you a strong undercard with ample opportunities on the day to win some money from betting, a chance for you to take part in the biggest race ever through betting which is the next best thing you can be proud of yourself other than owning one of the runners in the any of the races in store.

Register and bet legally for your favourite horse running for the Triple Crown throne at TVG today!